Skip to Content Jump to Main Navigation Skip to Search

You Are Here: Peter Königs 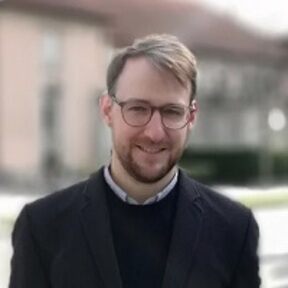 Peter Königs is a postdoctoral researcher in philosophy at RWTH Aachen University. One of his research focuses is in political philosophy. He has worked on such topics as toleration, punishment, patriotism, and, currently, on ethical aspects of government surveillance. Another research focus is in moral philosophy, especially in ethics of technology, moral psychology and metaethics. He is part of the Cluster of Excellence 'Internet of Production'.
He holds a 'Magister' in Philosophy and Politics from Tübingen University and an MPhil in Philosophy from Cambridge University (Queens' College), and he completed his PhD again at Tübingen University. He also spent two terms at Sciences Po Paris and later again some more time in Cambridge as a visiting PhD researcher. Prior to joining RWTH Aachen, he was a postdoctoral fellow at the Karlsruhe Institute of Technology.